On a Facebook group called Vegans in India, one of the participants stated that this video was among the information that compelled him and his wife to go vegan.

We have been in Ahmedabad, India since end of February and happy to find soymilk and tofu at our local Reliance supermarket. But recently we received our first delivery from Go Vegan , a company in the neighboring city of Vadodara (incidentally my mom’s hometown) that makes soy milk from organic soybeans and also produces a variety of other vegan products such as patties and ice cream. While we can get soymilk many places in the world, nowhere have I seen the truth so clearly printed on a product label. It’s hard to read on the photo below so I’ve retyped it (and corrected a couple of typos).

Just as other mammals on this planet cows give milk only after giving birth to a baby calf. To produce milk most cows are raped every year through artificial insemination and their male babies are kidnapped and slaughtered for meat and leather. Would you drink rape milk again?

Dr. Tushar has produced some excellent presentations on dairy production and cow slaughter in India.  Note that some viewers have disagreed with the domestication of cows on principle, however, there is no question about the harm of consuming dairy products.

Now that we, DrJina and Christian, of Vegan Jains have spent several months in India and Nepal, we’ll be adding some of our thoughts and experiences about dairy in South Asia on this site in the coming weeks.

Veganism addresses the root of hinsa: Panjrapoles are a stop-gap

A Perspective on Panjrapoles (Animal Shelters) of India

During my undergraduate education, I researched Jainism as part of the Elon College Fellows and Lumen Scholars programs at Elon University in North Carolina (www.elon.edu).  As a vegan, I became interested in Jainism primarily due to its impressive and longstanding commitments to nonviolence, vegetarianism, and panjrapoles (animal homes).[Ed note: the panjrapol pictured above is from http://tharad.in/mahajanpura_panjarapole.html, taken from a website and not necessarily of that Mr. Evans visited, but meant to be illustratative).

With the assistance of Pravin K. Shah, I involved myself in 2010 with the Jain Study Center of North Carolina, where I attended monthly meetings and conducted interviews with its members.  My culminating paper on this research focused on North American Jain involvement with environmental and animal rights movements and has since been published in The Journal for Undergraduate Ethnography (Volume 2 – Issue 2 – June 2012)  (http://tinyurl.com/cpx2lnc).

Later, I studied abroad twice in India: the first time in 2011 with the International Summer School for Jain Studies (ISSJS) in North India run by Dr. Shugan Jain, and the second in 2012 with the anthropology-oriented South India Term Abroad (SITA) in Tamil Nadu.

Collectively, and especially living with a Jain family for four months, these experiences taught me a great deal about Jainism.  Following the second study abroad program, I undertook two months of independent research in Gujarat and Mumbai focused on Jain animal activists, with particular emphasis on the supporters ofpanjrapoles.

In the context of this project, I visited 27 Jain panjrapoles and a number of goshalas (cow homes).    I had the opportunity to tour these institutions and interview their managers, trustees, and donors.  In total, I discussed panjrapoles with more than 100 Jains who were closely connected to these organizations.

In between my two trips to India, a number of respected Jains living in the US raised concerns to me about the conditions present in panjrapoles today.  Many of them noted that while they donate to panjrapoles in India, they are uncertain if these charitable organizations are well-run or truly worthy of their support.  These individuals had heard many negative reports about panjrapoles, and they hoped that I might be able to shed some light on the situation.

Although assessing the value of these institutions was not the aim of my research project, I agreed to give my honest perspective on panjrapoles when I returned.  I agreed because, like you, I am passionate about animal welfare and helping to create a less violent world.

In this spirit, and based upon the experiences of my research field work, I offer you my perspective here.  It is my hope that this essay may start a conversation about panjrapoles and how our personal choices may lead to animals being abandoned and slaughtered.  If my perspective is incomplete or causes unintentional harm, micchami dukkadam.

As you are likely aware, there is much that is admirable about panjrapoles and the individuals who are involved with them.  Historians can trace the presence of animal homes in India for thousands of years, while westerners have had similar sanctuaries for mere decades.

This longevity exhibits the relevance and importance of these institutions in a time of unprecedented slaughter and mistreatment of animals.  Such a rich tradition, then, has much to teach those around the world who are involved with contemporary animal rights and welfare movements.  Over its long history, many Jains have devoted their human lives to saving and improving animal lives, and even today I did not meet a single panjrapole trustee who was not undoubtedly committed to the cause of protecting life.  Indeed, many spent significant amounts of time away from their families and businesses to ensure their charitable work was done.

During my time in India, I was continually impressed and humbled by these individuals.  These supporters are faced with a very challenging situation, however, and many, including me, would argue that panjrapoles need improvement and cannot be the only solution to animal suffering.

I would like to pose a broad but crucial question: what is the purpose of a panjrapole?  While this query may seem elementary, I believe it is essential that we take a step back in order to chart a way forward.  The most common answer I heard to this question is that a panjrapole’s purpose is to protect animals who would otherwise be abandoned or slaughtered.

However, if this is the purpose of the panjrapole, we must ask why animals are being abandoned and slaughtered in the first place.  There is a clear answer to this question, and it is readily apparent upon visiting most panjrapoles.

Overwhelmingly, animals living in these institutions are older female cows who are no longer able to produce milk and male calves (who obviously do not have the capacity to produce milk).  These animals have been deemed “useless” because they are not profitable to the dairy industry.  Neither the dairy industry nor the independent farmer can afford to maintain these unprofitable animals and, as a result, they are abandoned or shipped illegally for slaughter in Maharashtra.

Given this situation, the panjrapole serves as one important solution.  However, it is only a temporary, stop-gap solution.  If we regard panjrapoles as a permanent solution, then they (and we) are simply enabling a system that produces the injustice of abandoned and slaughtered animals, and the milk producers continue to profit at the expense of the panjrapoles, who bear the burden of taking in the old females and young males.

This “solution,” which effectively redistributes rather than reduces dairy’s violent outcomes to panjrapoles, is neither sustainable nor equitable.  Moreover, it is widely acknowledged by panjrapole supporters that these institutions are only able to take in a tiny percentage of the animals in need.  This lack of housing capacity is obvious when you consider the amount of milk products consumed in India.  It would be impossible for panjrapoles to house the hundreds of millions of cattle and buffaloes who produce milk across the country.

We must remember that half of this number, the male population, is cast aside immediately and that young, lactating females naturally would be outnumbered by their older, “unproductive” counterparts.  And, these figures do not even include goats, sheep, birds, dogs, cats, and the rest of animals in need who are not used for mainstream dairy but are currently minority residents of panjrapoles.

As it is, most of the panjrapoles I visited were incredibly overcrowded.  Many of these panjrapoles were originally built on grazing grounds outside of cities, but, as these metropolises developed, the animal homes were eventually swallowed by them. Urban expansion means that panjrapoles are now located in confined, polluted environments that are not well-suited to animals.

While many managers and trustees admit this is a problem, most stated it is not financially feasible to relocate.  Few panjrapoles can afford to provide any space for animals to roam or graze, which means that the animals in these shelters typically have an unnatural and poor quality of life—one which is better than starvation or slaughter but not one which we would find an acceptable, systemic outcome for countless individuals.

It is with the circumstances that I have outlined above in mind that I advocate for a permanent solution that strikes at the root of the problem are intended to address.

This solution is surely familiar to many of you:It is to adopt a Vegan (or pure vegetarian) lifestyle.

END_OF_DOCUMENT_TOKEN_TO_BE_REPLACED

Posted on October 1, 2011 by drJina | 3 comments
My friend Dr. Tushar, a family doctor in Canada,  organizes a wonderful 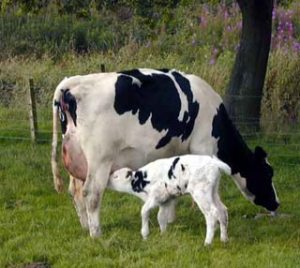 volunteer opportunity to teach school children about health issues in rural Gujarat, as part of the Bidada health camp. He recently reached out with an email regarding the plight of Indian cows.
I volunteered with him in 2008 and remember visiting a panjra-pol at that time, and talked with the caretaker who informed me sadly that the capacity of the panjra-pol was limited, and that ultimately many of the cows had to be sold to slaughter.
Dr. Tushar’s post  follows:
India has the highest population of cows in the world, over 280 million (or 28 crores).  This is a massive number.  Now here are a few facts.  A cow in India can live for around 23 years.  She starts producing milk at the age of around 4, and milk production lowers down at the age of around 12.  Each year, as our slave, she must be forced to become pregnant and have a baby, which is taken away by force.  Most cows are now brought up in very crowded conditions, and the percentage in humane conditions is becoming the exception rather than the norm.  These cramped places are out of the public eye, because businesses do not want people to see what goes on there.